You are here: Home/ 2012/ Are BBC Presentation Announcers Becoming ‘Groovy’? 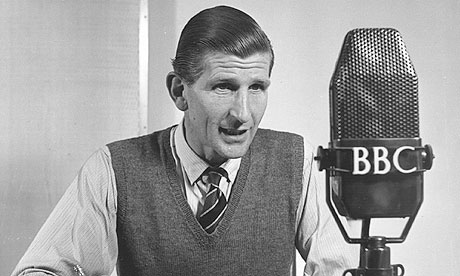 I really have to get something off my chest.

It’s a presentation matter – on the BBC actually.

It’s something that’s seriously driving me up the bleedin’ wall.

Some years ago my now 57 year old ears finally retired from UK commercial radio. I could no longer stand the countless screaming, somewhat hysterical, ego fueled disc-jockeys (called “presenters” in my day). So now I prefer the more sedate, dare I suggest, somewhat professional tones of Radio 4 and Radio 3. It’s nice to listen to a radio programme from beginning to end without reminders from the annoying sponsors or advertisers forcing me to buy more bloody face cream or an insurance plan for my pet zebra.

However on Radio 4 lately I noticed that the announcers (yes, they do still have continuity announcers) are reduced to literally shouting very loudly indeed over the closing credits to The News Quiz. I listened the other evening and it seemed the technical operator was doing all in his (or her) power to drown out the announcer who appeared to be left quite knackered by the end of the announcement.

On BBC Two television last night quite the opposite. The duty announcer spent the entire evening whispering his links. Even when the volume on my television set was turned up to ‘dangerous’ I still could not hear his mumblings. And yes! He was mumbling.

Then to top it all on BBC Three there’s the pretend wacky ‘I don’t give a toss what you think of my voice’ announcers. These ten year olds who sound more akin to Gracie Fields and George Formby than someone in continuity. One link the other night into ‘Family Guy’ almost forced me to stick my boot through the screen. Instead of damaging my television set, I considered hiring a translator who could speak Waffle.

Is it me? Have you spotted these attempts to make BBC continuity ‘groovy’? Because it really doesn’t work … trust me, I know about these things.